“The supply contract with the OMC’s was announced in March and we began biodiesel deliveries in mid May to multiple OMC locations,” stated Eric McAfee, Chairman and CEO of Aemetis. “While ramping up biodiesel production to achieve new records, during the past few months the India plant has also recently upgraded its onsite power generators, improved truck access for inventory loading and is installing additional automation systems to maximize production yields while minimizing costs.”

Biodiesel use in India is expanding at a rapid rate, led by the India OMC’s, in order to reduce air pollution and carbon emissions. The 2018 India National Biofuels Policy stated a 5% biodiesel blending goal for transport vehicles, equal to about 1.1 billion gallons per year of biodiesel production. In late 2018, the three India OMC’s that supply about 70% of India domestic diesel issued purchase requests for about 260 million gallons of biodiesel for year 2019 – equal to the entire biodiesel production capacity in India.

A high import tariff blocks the importation of biodiesel into India.  Since the India government ended biodiesel subsidies in late 2014, the recent 15%+ increase in WTI and Brent crude oil prices has resulted in increased diesel (and biodiesel) prices in India.

Headquartered in Cupertino, California, Aemetis is an advanced renewable fuels and biochemicals company focused on the acquisition, development and commercialization of innovative technologies that replace traditional petroleum-based products by the conversion of ethanol and biodiesel plants into advanced biorefineries.  Founded in 2006, Aemetis owns and operates a 60 million gallon per year ethanol production facility in California’s Central Valley, near Modesto.  Aemetis also owns and operates a 50 million gallon per year renewable chemical and advanced fuel production facility on the East Coast of India producing high quality distilled biodiesel and refined glycerin for customers in India, the US and Europe.  Aemetis is building a dairy digester, pipeline and gas conditioning system near its plant in California to produce below zero carbon content Renewable Natural Gas (RNG).  Aemetis operates a research and development laboratory, and holds a portfolio of patents and related technology licenses for the production of renewable fuels and biochemicals.  For additional information about Aemetis, please visit www.aemetis.com.

This news release contains forward-looking statements, including statements regarding our assumptions, projections, expectations, targets, intentions or beliefs about future events or other statements that are not historical facts. Forward-looking statements in this news release include, without limitation, statements relating to the production or effectiveness of the India production facility, the achievement of market expansion for products produced at the India production facility, and the continuance of governmental mandates for biodiesel. Words or phrases such as “anticipates,” “may,” “will,” “should,” “believes,” “estimates,” “expects,” “intends,” “plans,” “predicts,” “projects,” “showing signs,” “targets,” “will likely result,” “will continue” or similar expressions are intended to identify forward-looking statements. These forward-looking statements are based on current assumptions and predictions and are subject to numerous risks and uncertainties.  Actual results or events could differ materially from those set forth or implied by such forward-looking statements and related assumptions due to certain factors, including, without limitation, competition in the ethanol, biodiesel and other industries in which we operate, commodity market risks including those that may result from current weather conditions, financial market risks, customer adoption, counter-party risks, risks associated with changes to federal policy or regulation, and other risks detailed in our reports filed with the Securities and Exchange Commission (the “SEC”), including our Annual Report on Form 10-K for the year ended December 31, 2018, and in our subsequent filings with the SEC. We are not obligated, and do not intend, to update any of these forward-looking statements at any time unless an update is required by applicable securities laws. 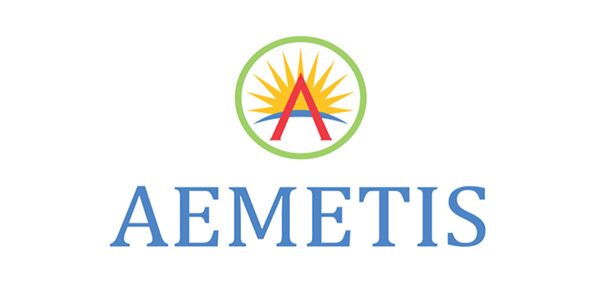